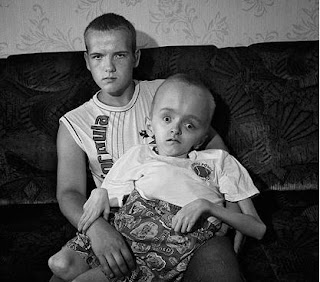 I was unaware of this disaster in our human history and thought it might be something we should all reflect on living in this age of chemicals and failed technology.
The Bhopal disaster was an industrial disaster that occurred in Bhopal, India, resulting in the death of about 3,000 people according to the Indian Supreme Court. However, testimonies from doctors who provided medical assistance during the tragedy claim over 15,000 were dead in the first month alone. Bhopal is frequently cited as one of the world's worst industrial disasters.
On the morning of December 3, 1984, a holding tank with 43 tons of stored MIC from the Union Carbide factory overheated and released toxic gas mixture, which, being heavier than air, rolled along the ground through the surrounding streets. The transportation system in the city collapsed and many people were trampled trying to escape. According to the Bhopal Medical Appeal, around 500,000 people were exposed to the leaking gas. Approximately, 20,000 to this date are believed to have died as a result; on average, roughly one person dies every day from the effects. Over 120,000 continue to suffer the effects of the disaster, such as breathing difficulties, cancer, serious birth defects, blindness, gynecological complications and other related problems.
Of course, when you research it more you find that the reasons for the accident were various from cutbacks to not properly containing the MIC. More than 20 years later, the people of Bhopal, India, continue to sicken, suffer and die because of their exposure to Dow-Carbide's gas and the poisons it left behind in their soil and drinking water.
So, what does this have to do with spirituality? I'll let you decide for yourself. Think about Hiroshima, Nagasaki, Chernobyl and the possibility of a nuclear war in the near future. Have we become proud of our so-called advancement? Cities filled with drugs in the water supply, slaughterhouses, global-warming. Are we proud of our technology.
Now, if you know me, I'm a very positive person, so why all the negative? Simple living, simple thinking. It's hard to apply nowadays, but have we lost our sacred connection with Mother Nature? Are we setting ourselves up for more industrial accidents. And it's all so we can live comfortably. Yes, we should live comfortably, but we shouldn't neglect our spiritual life. But are willing to sacrifice Mother Nature so we can sit on the couch and watch tv?
Hare Krishna.
Posted by Bal Gopal das at 10:21 PM 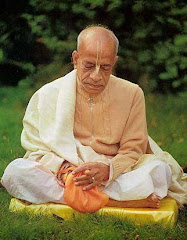